Club Camo Rugby Sousmarin hosted the third round of the 2016-17 North American League UW Rugby Season with the participation of 8 teams from the US and Canada. Final Results HERE

Club Camo as the host club participated with 2 teams, while this event had the return to the NAL series of the first US west coast UWR club, the San Francisco Giant Sea Bass and a mixed Orphans team that included for the first time players from the Marquette Aquamen UWR Club (Wisconsin USA)

The  group seeding based on the previous NAL tournament ended up with the defending champion NUWR (USA), CAMO A, SF Sea Bass, and Toronto on group A.

Group B had the last runner up Boston Narwhals, New Jersey Hammerheads, Camo B and Orphans Team.

The tournament started with a solid victory from SF Sea Bass over Toronto by 9-0 and a strong game between NUWR and Camo A with the victory of NUWR 2-0. In the following games  SF despite losing against NUWR and Camo A, demonstrated a really nice and organized attack system that impressed the other participating teams.

On group B, the Boston Narwhals had straight victories 10-0 against all 3 opponent teams, qualifying as first of their group. The NJ Hammerheads second by winning their games over Camo B and the Orphans team.

The semifinals started with NUWR and the NJ Hammerheads both teams from Newark, NJ on which NUWR won the game with a solid 10-0 score which was not easy at the beginning since only after 5 minutes NUWR was able to score their first goal on the Hammerheads who started very strong but at the end ran out of air.

Camo A  met Boston on the other semifinal. The Canadian powerhouse with all their star players started strong but ended losing the game against a surprising Boston team that showed their solid improvement over the last tournaments. Boston beat Camo A by solid 4-0 and qualified to play the final game once again with NUWR on a third time in a row final match.

The game for third and 4th place had Camo A and the NJ Hammerheads. CAMO A started a strong game to secure the bronze medal over the 9-player NJ team that never gave up and despite being down on the score by 0-7 kept trying to play their best and got a last minute goal over Camo for a final 1-7 score.

On the final game NUWR and Boston met once again as in the previous two finals.

The current defending champion NUWR and the runner up Boston began with a very close and fast game that ended up with a 0-0 tie on the first half. The second half started and NUWR took an early lead 1-0 but Boston didn’t lose focus and quickly tied the game 1-1 by the half of the second half. The game turn dramatic on the lasts minutes with quick breakaways and counterattacks from both teams until a NUWR player received a time penalty and later on the Boston Narwhals took advantage of the extra player and scored for a 2-1 lead over NUWR. The game ended with Boston’s victory which became their first Gold medal on the North American League tournament series.

This 17th edition of the NAL tournament had the special collaboration of CMAS UW Rugby referees Kajsa Lindman and Manuel Tito de Morais, who kindly have been helping out in the latest league events. 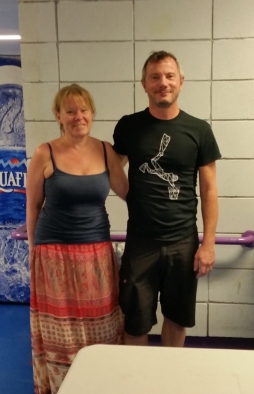 Club Camo as usual organized a superb tournament. Awards for the best team defense and best team attack was also given to Boston Narwhals.

After this round of the 2016-17 NAL Season NUWR leads the standings with 11 points from 2 first places and 1 second place. The Boston Narwhals get  closer to NUWR with 10 points in second place. CAMO A is in third place with 5 points followed by the New Jersey Hammerheads and Florida Krakens with 3 points each.

The following and last round of this 2016-17 season is scheduled for September 9-10 in Islamorada, Florida, hosted by Club Florida Krakens. 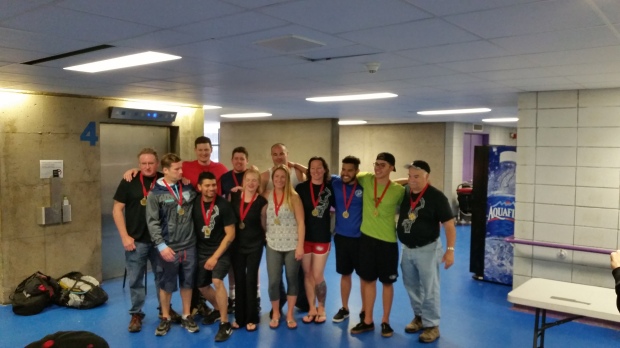 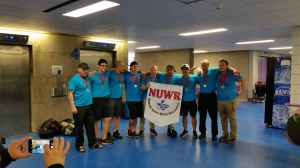 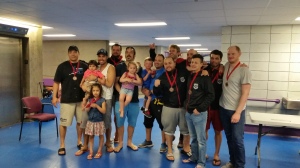