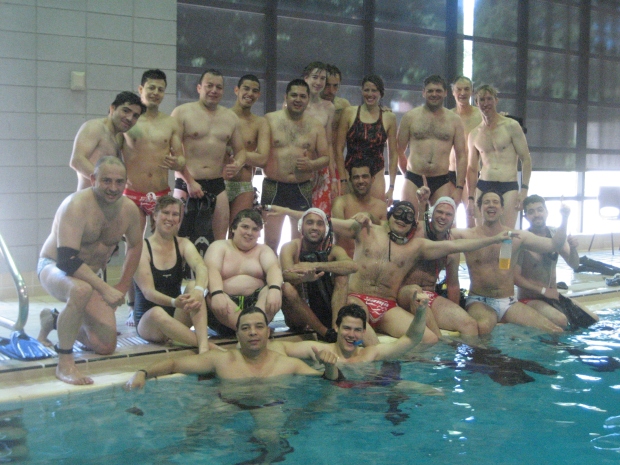 Club CAMO the host team from the 7th North American Underwater Rugby tournament retained their Champion Title after winning all the group games, the semifinal and final games during the weekend of June 4th-5th. in the city of Montreal.

A total of 4 teams participated in this event, CAMO (Montreal) and Club Liberation (Brantford)  from Canada and the Quincy Nahrwals (Boston) and the NJ Hammerheads (New Jersey) from the USA .

Club Liberation from Ontario despite losing all their games came with a full 12 player team, most of new players from the Toronto area for which this was their first tournament experience. Ontario now has a new team in Toronto and the is the first province in Canada with two teams.

The Quincy Nahrwals came to the tournament with a total of 9 players, being a  mixed team with experienced, international and a couple of new players.  Quincy had a very strong group round, winning  two out of three games  losing only with the host team CAMO.  In the semifinals Quincy lost against New Jersey, having to play for third place against Club liberation.

The New Jersey Hammerheads participated with only 7 players and one of them was completely new to the sport. The Hammerheads won only one game during the group round but in the semifinals against the Quincy Nahrwals they had a great comeback. During the group game the NJ hammerheads lost 3-5 against Quincy in a very well played and even game, but in semifinals New Jersey won a spot into the finals winning 6-1.

Club CAMO with won all the group games and during the final game against New Jersey they took the advantage of being locals and having 12 players to win the tournament. The game was very strong and even and by half time the score was a 2-1 lead for CAMO. During the 2nd half, the defense of New Jersey got exhausted due to lack of players and the game finalized with a clear victory 9-1 from Camo.

Marco Cardona (Camo) and Max Van Recham (Quincy) got the top scorer award with a total of 13 goals.

All the teams are looking forward to the 8th North American Underwater Rugby Tournament to be held in Brantford or Toronto the 4th and 5th of October (to be confirmed). 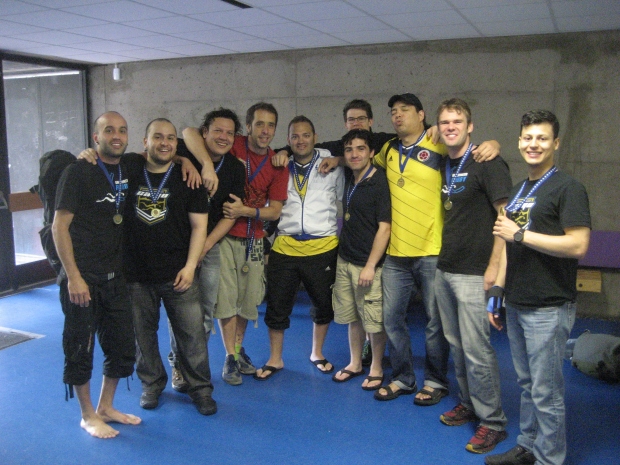